Cape May National Golf Club is one of the most natural golf courses ever built. Nicknamed "The Natural," the course surrounds a fifty acre private bird sanctuary. Cape May National started a new trend in environmental sensitivity in course design while providing a classic turn of the century golf course that golfers love. In fact, Cape May National goes back to its roots to the late 1800s and its predecessor, Cape May Country Club. 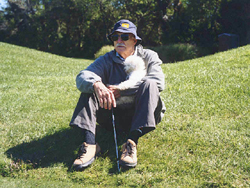 Merion, Pennsylvania
US Open tied for 12th with Sam Snead 1950

Champion's Course, Houston, Texas
Qualified for US Open at age 55, 1969